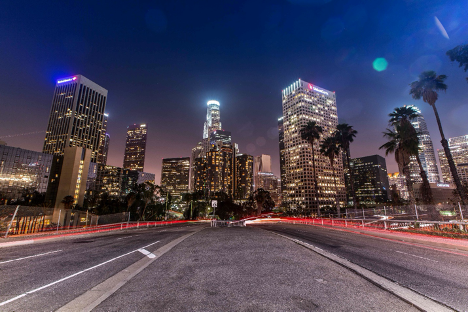 The S-corporation election is a tax tool that saves business owners thousands of dollars in taxes each year. If you are just starting out, have a well established business or land somewhere in between, you must investigate the election and how it applies to you.

How does the S-election work? First you must get approval from the IRS. Almost everyone gets the green light so filing the paperwork is more of a formality than anything. Once approved, your business activity is reported on a corporate tax return Form 1120-S. It is as simple as that.

Why do it? The main benefit of S-election is to get out of Self-Employment tax. If you do not make the S-election and instead file your business activity directly on your individual tax return (Schedule C of Form 1040), the company profit is subjected to Self-Employment tax which is a whopping 15.3%. The real percentage is not actually that high because only 92.35% of the profit is subjected to the tax, and you may also get a deduction for one half of the tax depending on the other transactions reported on your tax return. The deduction may not do you any good, so it is not a guaranteed benefit.

One quick aside before we get down to a couple of examples. S-corps must pay the owner a reasonable salary which triggers Social Security and Medicare tax for both the owner and the company. The exact amount of a reasonable salary is not found in the tax code, but the basic ideas is that the owner must be paid whatever it would cost to hire someone else to do the owner’s job. The salary should be based on industry standards and is considered a business expense. Both the owner and the company must pay Social Security and Medicare tax on the salary, but only the company portion is considered a business expense. The company portion is known as payroll tax. Many professionals will tell you S-corporations do not pay tax, but that is not true as evidenced by payroll tax.

Ordinary Income tax = $0 to $37,000 depending on the owner’s individual income tax bracket

Now for the changes:

The owner also must pay their share of Social Security and Medicare tax on the $60,000 salary.

Owner’s share of Social Security and Medicare tax = $4,600. This is not a business expense.

The main pitfall of making the S-election occurs in years the business breaks even or loses money. Self-Employment tax is charged on business profit, so when profit is zero or negative the Self-Employment tax is zero. The point of making the S-election is to eliminate this tax, so when profit is zero or less it will end up costing the owner more to file as an S-corp. Unfortunately companies are not allowed to flip-flop from year to year between Schedule C and Form 1120-S. Once you make the S-election you are pretty much stuck with it. You are permitted to start out using Schedule C and then make the S-election later down the road. Many businesses have zero or negative Net Profit for the first few years so it may be best to stick with Schedule C for awhile. Once things take off and the profits are rolling in the company should consider stepping up to the big leagues by making the S-election.

Joe Wright CPA PLLC provides the information in this blog as a general guide. Tax laws are extremely complex, and every taxpayer is unique. Some or all of this information may or may not apply to you. We provide simplified situations to clarify some of the major aspects and highlights of the topic at hand. Some of the language used is casual and may be misconstrued. Please make an appointment with us soon to discuss your particular circumstances.